Many friends have this experience:

1. Say that you study for one hour a day, but because of social entertainment and being killed by the three-year-old three-year-old peach blossom, the soul was smashed away.

2. Keep talking about weight loss, go to the gym hard on the first day, can't wait to cut off a piece of meat that day, or not go home, give up after a week of pain.

3. Some classmates want to take a postgraduate entrance examination, and then they do sit at the table every day, and then they seem to work hard all night, but find that they didn't learn anything all night.

4. The reference book and various video materials were saved on a computer, but the result was never opened.

In fact, there are many ways to solve the above problems, which can be solved from psychology, management and behavior, but we must first figure out where the problem is before we solve it.

In fact, many things can be divided into three aspects to consider:

What is the principle of something happening. For example, why a car can run on the road is due to the conversion of chemical energy into kinetic energy. This is the essence.

This is best understood, why can the car move? This is a phenomenon.

It’s not enough to just know the truth and phenomenon. If you want to be really useful, you have to know the changes, such as the speed per hour. You can calculate the time based on his commute to and from get off work if you know this.

Now everyone should be clear that the above four problems are actually phenomena, so why are the above phenomena occurring?

In fact, the results of the four phenomena are all halfway. Then we look at the reasons.

Every time we make a change, it can basically be divided into three aspects:

This is an action or thought at a specific point in time. Such as spitting.

The simplest and rude solution is very easy, which is to control with consciousness. Note that some people here may say that it’s better to change the environment. This logic is wrong. The environment is only an external cause. According to this logic, the wicked don’t need laws and disciplines. They just need to put them in the place with the lowest crime rate in the world and take a vacation. Nice guys.

Remember that I said that the 6-level environment of understanding is the lowest level to solve problems. I won’t talk about the portal I want to see

But the simplest method is indeed awareness. The deduction of points for traffic violations does make everyone consciously afraid to run the red light, but it does not completely stop the violation. The reason is that besides consciousness, there is one more difficult thing to change.

People cannot be absolutely controlled by consciousness. For example, children like to suck their fingers. If the mother is there or his repeated conscious control can be prevented, but it is very tiring. Sometimes people do a lot of unconscious movements. For example, I like to pull my hair. When I think, my brain Not knowing what the hands are doing is nothing, this is a habit.

Habits are divided into behavioral and physical

Basically, 21-30 days is enough for behavior, which is what we often say that it takes 21 days to practice or develop a habit.

There are many physical difficulties, such as losing weight, the effect is slow, and it is difficult to persist. It takes 3-6 months to change the habits of the body.

But can you change yourself by changing your habits? Not really. Simply put, for example, a cleaner wants to change herself and become a rich man. What he thinks is that I wipe the female staff in the toilet next door cleaner, and then I can grab the toilet and dry it, and then the whole building The building is mine, and then I clean the entire Beijing toilet...

Of course, I am just an example, and there is no discriminatory meaning. In her thinking, it is logical and reasonable to derive such a conclusion. It is like my mother's queen based on 100 people in the village of the same age at home. Many people like to play online games and waste their lives. In the end, I couldn’t even find my daughter-in-law, and I always sat in front of the computer every time I went home.

Their cognition and environment determine their thoughts, and their thoughts lead to conclusions that they consider reasonable in the end.

3. Thinking, this is the most difficult to change.

It takes at least 6 months to change the way a person thinks. Only by changing one's thoughts can one truly change one's habits and then affect one's behavior.

Everyone will understand the definition of behavior and habits carefully.

behavior is , which refers to the appearance activities that are dominated by thoughts.

used to and gradually develop behaviors that are not easy to change.

So you know the importance of changing your mind.

Ways and methods to change your mind

The most powerful thing to change the mind is religion and MLM, the legendary brainwashing.

Look, it is in full compliance with these three points.

I won’t talk about the environment and rituals. Let me give you an example.

If a person wants to change at least from the environment.

Simply put, there is a pedicure shop next door to your home. You must not learn computer programming skills. This is what the so-called Mengmu's third migration is like. And why ringing the class bell for the ceremony is to tell you it's time for class.

Let me focus on learning, because the first two are easy for everyone to handle.

The length of the study is too long and too complicated, so I will put a picture to briefly explain it, or else I won’t be able to finish it in a day. 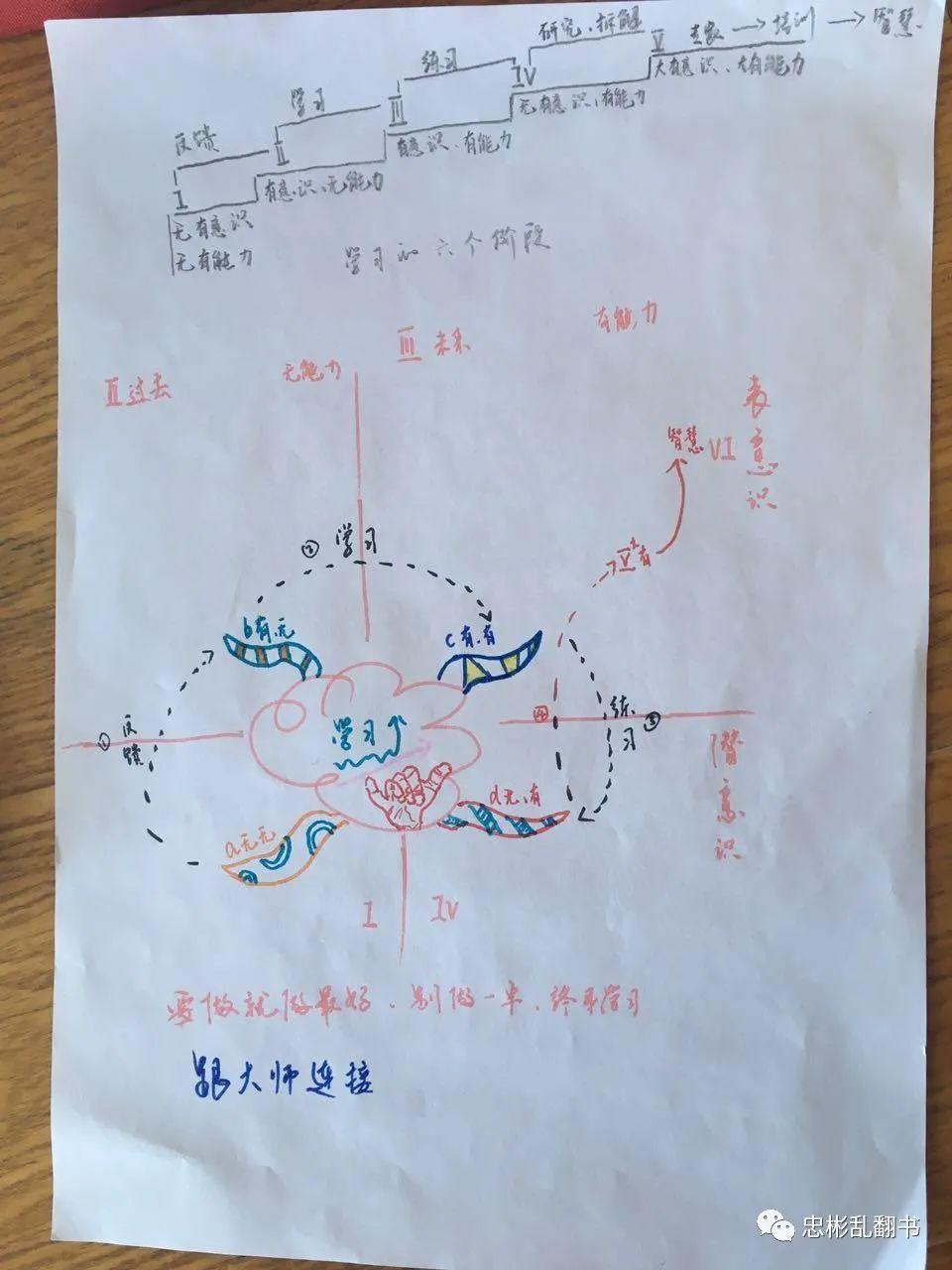 The above is the way to achieve it.

Briefly talk about how to look at the picture, from quadrant a clockwise to d, and then to great ability and finally upgrade to wisdom.

From the perspective of the brain's thinking level, it is further divided into the appearance of consciousness, knowing that you will not or will, and in the end it will become subconscious. Did not realize that I would or would not.

Finally, I will give you some suggestions for changes.

1. Do the best if you want to do it, or don't do it, because it is difficult to change.

2. Lifelong learning, don't set limits to yourself. I am in a certain industry, so who I am.

3. Learn with top masters. His sentiments for decades are not something ordinary people will be able to comprehend for a while.

4. remember to share, accept new things and challenge with an open mind.