Data structure is the way a computer stores and organizes data. Data structure refers to a collection of data elements that have one or more specific relationships with each other. Under normal circumstances, a carefully selected data structure can bring higher operating or storage efficiency.

In short, a data structure is an efficient storage structure formed by a series of storage structures according to certain execution rules and certain execution algorithms. The well-known relational databases, non-relational databases, search engine storage, message queues, etc. are all good use of relatively large data structures. Of course, these application middleware should not only consider pure structural issues. Other factors such as actual os and network are also considered.

In the data structure and algorithm, data, data objects, data elements, data items many people are confused about the relationship. Stroke by drawing a picture, and then give you an example to share.

Data : Symbolic representation of objective things, referring to the collective name of all symbols that can be input into a computer and processed by a computer program. The three user information records in the above table are data (or there may only be one in multiple tables and multiple collections). These data are generally user input or custom constructed. Of course, some images and sounds are also data.

data element : The data element is the basic unit data. A data element consists of a number of data items! Think of it as a pojo object, or a record in the database. For example, the is a data element.

data item : The user fields/attributes are id , name , sex etc. These are the data items. The data item is the smallest indivisible field . It can be seen as a pojo object or a attribute/field value of a table (people).

data object : is a collection of data elements of the same nature. Is a subset of the data. For example, the users table, the list collection, and the woman collection above are all data objects. A single table or a collection can be a data object.

Atomic type: A type whose value cannot be divided. Such as int, char, double, float, etc.

structure type: a data type whose value can be subdivided into several components. For example, various structures of structure structure.

What is easy to confuse here is the concept of logical structure and storage structure. For the 1609b5194b9dfc logical structure logical two words, the logical relationship is that the two have a data relationship regardless of the physical address relationship, such as linear structure and non-linear structure, it describes a group of data The method and form of contacting data . What is fancy is the function of the data structure. For example, the linear table is in order. I need an ordered set to use the linear table.

The data structure related concepts are discussed above, and some concepts of algorithm analysis are described below. 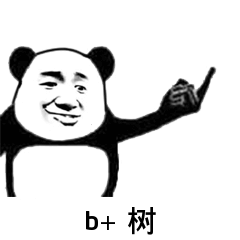 Five important characteristics of the algorithm: is finite, deterministic, feasibility, input, and output . These can be understood from the literal meaning, where finiteness emphasizes that the algorithm cannot loop indefinitely when it has to end; and certainty is that every instruction has its meaning, the same input gets the same output; feasibility refers to each step of the algorithm It can be realized after several executions; input is 0 or more inputs (can be 0); output is 1 or more outputs (must have output).

concept : is a measure of the amount of storage space that an algorithm temporarily occupies during operation, denoted as S(n)=O(f(n))

The space complexity is actually relatively low in the measurement of algorithms (we often use data structures and algorithms that sacrifice space for time), but the importance of space complexity cannot be ignored. Regardless of whether it is a problem or actual project production memory, it is a huge indicator. This is especially true for Java. The memory itself is large. If the storage logic used is not good, it will take up more system resources and put pressure on the service.

In many cases, the algorithm sacrifices space for time (efficiency). For example, the well-known string matching String.contains() method, we all know that it is a brute force cracking, the time complexity is O(n^2), and no additional memory is needed. The KMP algorithm has a native brute force method in terms of efficiency and speed, but KMP needs to use other arrays ( next[] ) for tag storage operations. Space overhead is used. For another example, merge sort will also use the new array to perform step-by-step calculations in recursive division to improve efficiency, but the increase in memory overhead has little effect.

Of course, the maximum space cost of the algorithm cannot exceed the maximum value set by the jvm, which is generally 2G. (2147483645) If you open a two-dimensional array and multiple multi-dimensional data, do not open too much, which may result in heap OutOfMemoryError .

concept : In computer science, the time complexity of an algorithm is a function, which qualitatively describes the running time of the algorithm. This is a function of the length of the string representing the input value of the algorithm. Time complexity is often expressed in big O notation, does not include the low-order term of this function and the first coefficient . When using this method, the time complexity can be said to be asymptotic, which examines the situation when the size of the input value approaches infinity.

Of course, if the same is n=10000, then the number and time of execution of the algorithm with different time complexity are also different.

Reducing the complexity of the algorithm will depend on the characteristics and advantages of the data structure, such as the search of the binary sort tree, the dynamic sorting of the line segment tree, etc. These data structures solve some problems and have very good performance. Others are solved by algorithmic strategies, such as sorting and bubble sorting, which are dumb and simple methods are O(n2), but smart methods such as fast sorting and merging can be O(nlogn). To become faster, you have to master more advanced data structures and more sophisticated algorithms.

Addition rules: If there are multiple parallel execution statements in the same program, then take the largest one, eg:

Original public number: bigsai
The article has been included in Data structure and algorithm learning warehouse that the whole network is paying attention to Welcome star

See you next time!