I was fortunate to be the producer and lecturer of the cloud native session of the GIAC conference in 2021. I organized four speeches before and after. In this process, I also learned a lot of useful knowledge from the speeches of these colleagues as an audience. This article can be regarded as a sidelight on the 2021 GIAC cloud-native special session. It is a glimpse of the current situation of cloud-native technology development in 2021 and the trend in the future.

The following describes the main points of each topic based on personal on-site notes and personal memories. Due to limited time and personal ability, some mistakes are inevitable, so experts please correct me.

1 The explosive radius of cloud-native services

The direct reason for the replay of the entire accident is that the CAP theorem has very strict definitions of availability and consistency, and is not suitable for application in actual production systems. Therefore, the data of the configuration center of the online control plane should first ensure the availability under the premise of ensuring final consistency.

Furthermore, the human operation errors of modern distributed systems, network abnormalities, software bugs, exhaustion of network/storage/computing resources, etc. are all inevitable. Designers in the distributed era generally use various kinds of redundancy [such as more Storage partition, multi-service copy] means to ensure the reliability of the system and build reliable services on top of unreliable software and hardware systems. 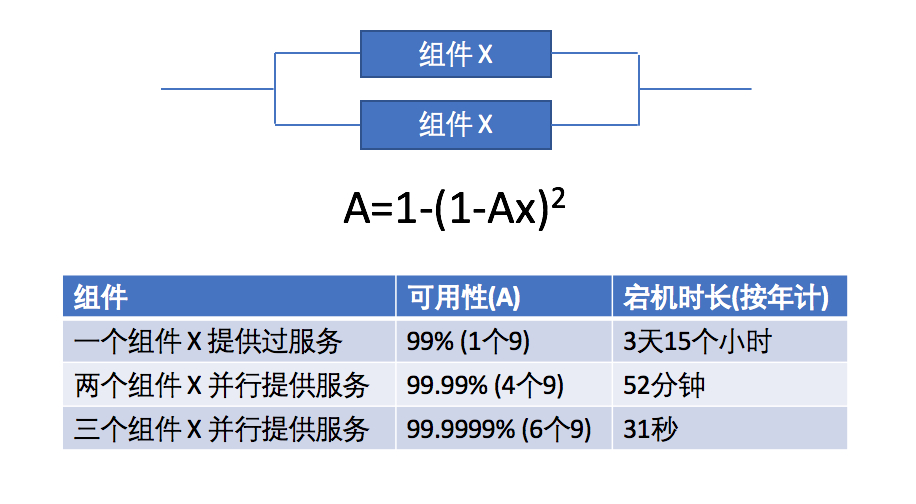 But there is a misunderstanding in this: sometimes some redundant methods may cause the system reliability to decrease due to the avalanche effect. As in the above accidents, human configuration errors have led to a series of software system failures, and these failures are highly correlated, and finally lead to the avalanche effect, which can be called the "horizontal expansion poison effect". At this time, the dimension of thinking is further expanded from "providing reliable services on unreliable hardware and software systems" to "reducing the explosion radius of accidents through various isolation methods": When an inevitable failure occurs, try to control the failure loss to The smallest, the guarantee is within an acceptable range, and the service is available.

In response to this idea, Huang gave the following fault isolation methods:

2 Use SkyWalking to monitor Kubernetes events

Although this topic is scheduled for the third speech, it belongs to the cloud-native delivery operation and maintenance system, but it is relatively closely related to the previous topic, so I will describe it here first. 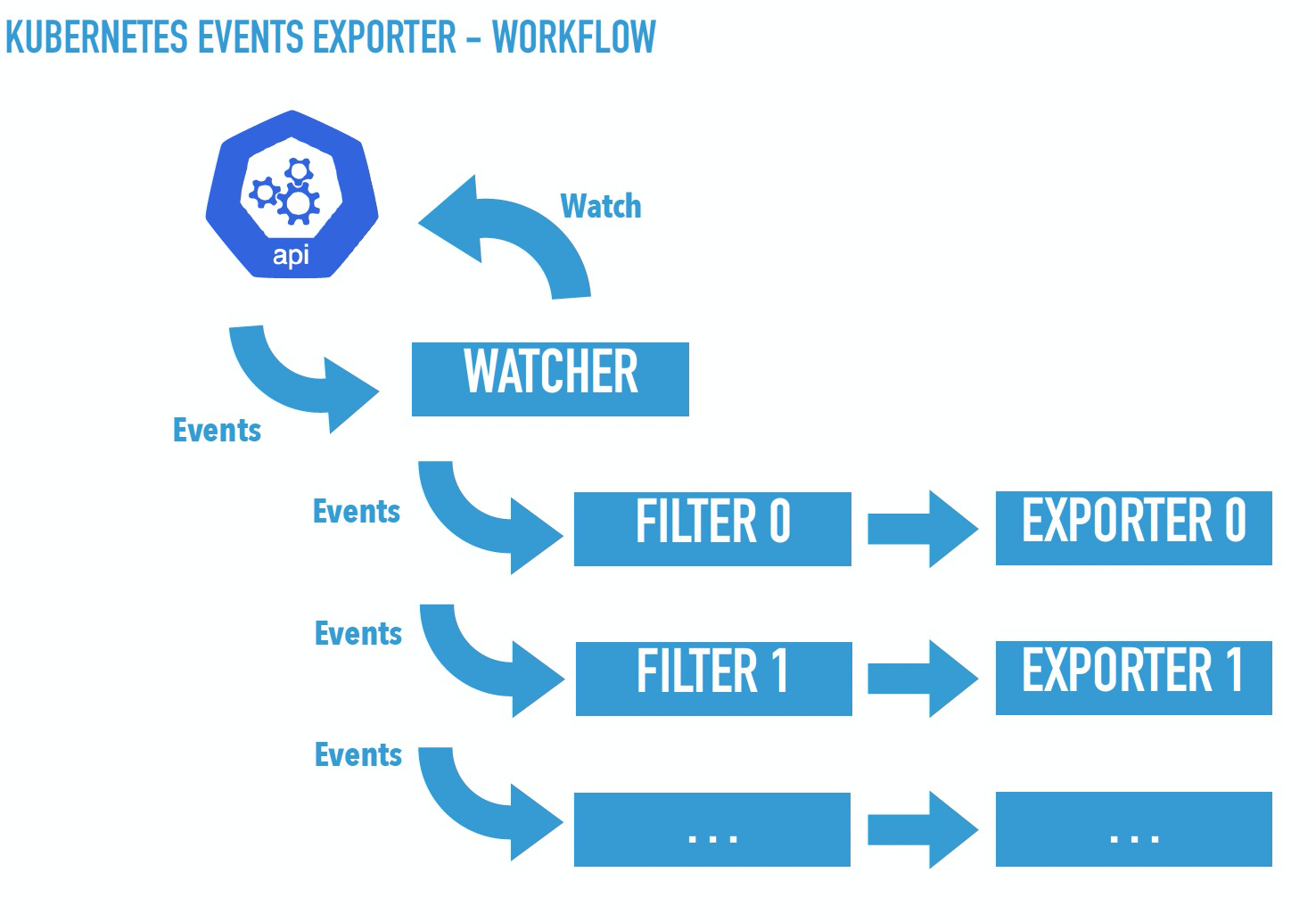 SkyWalking provides logging/metrics/tracing and other multi-dimensional observability capabilities. It was originally only used to observe micro-service systems. This year it provides the skywalking-kubernetes-event-exporter interface, specifically for monitoring K8s events and purifying events , Collect and send to SkyWalking backend for analysis and storage.

During the speech, student Ke spent a lot of energy to talk about how rich the visualization of the entire system is. The points of personal interest are shown in the following figure: filtering and analyzing events in a way similar to big data streaming programming.

Its visualization effects and streaming analysis methods can be used for reference by the Ant Kubernetes platform. 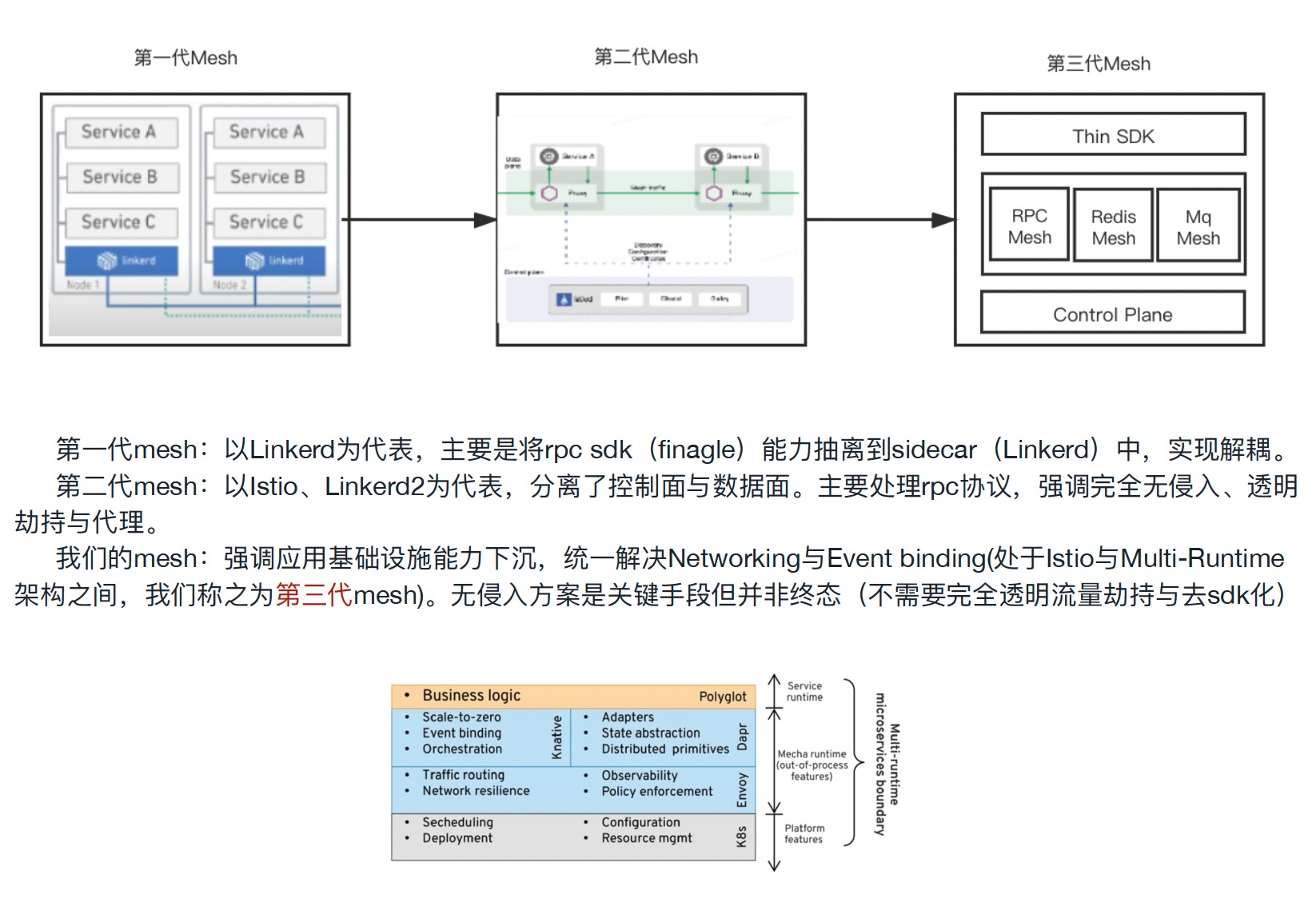 Jiang divides the Service Mesh into three generations. In fact, there are many classification standards, and how to divide them makes sense. Obviously, Jiang put Dapr into the third generation.

The above picture is a diagram of the Service Mesh architecture of Kuaishou, which obviously borrows from Dapr's idea: sink the ability of basic components to the data plane, and standardize the request protocol and interface. Some specific tasks are:

I am personally interested in that Jiang mentioned the three challenges faced by Service Mesh technology when it is implemented quickly:

In particular, the third challenge is that the general direct beneficiary of Service Mesh is not the business side, but the infrastructure team, so there is no strong demand for the business, and the real-time business platform such as Kuaishou is very sensitive to performance, and Service Mesh technology is inevitable. Here comes the increase in delay.

In order to promote the implementation of Service Mesh technology, Kuaishou's solution is:

Jiang finally gave the Service Mesh work of Kuaishou in the second half of the year: 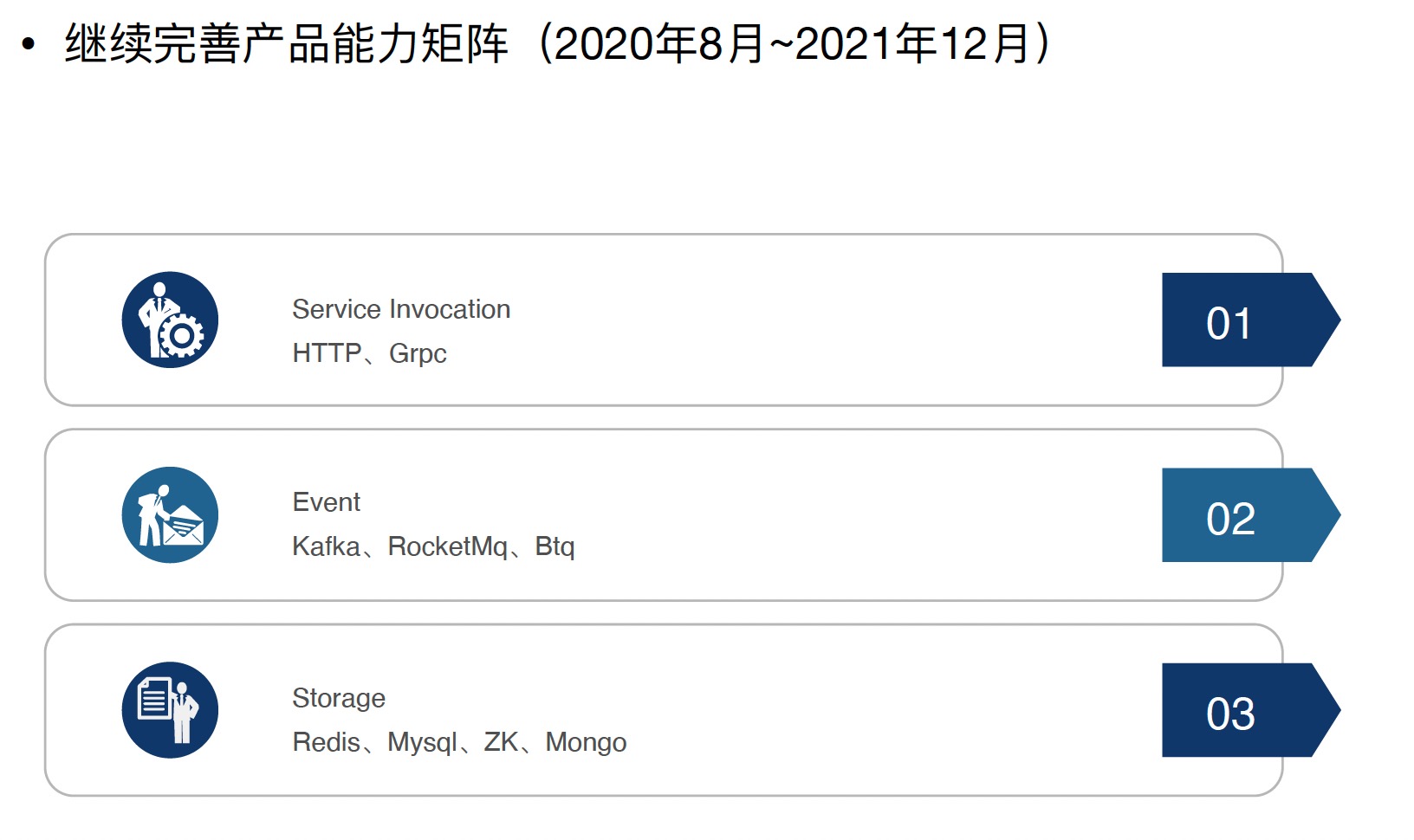 Obviously, this route is also deeply influenced by Dapr. It is not very innovative in theory or architecture. It focuses more on standardizing open source products and launching it in Kuaishou.

In his speech, Jiang mentioned two benchmarks for the implementation of Serivce Mesh technology: Ant Group and Bytedance. In fact, one of the very important reasons for their success is the high-level attention to advanced technology and the vigorous cooperation from the business side.

4 Dubbogo 3.0: The cornerstone of Dubbo in the cloud-native era

As a lecturer on this topic, I did not emphasize the existing features of Dubbo 3.0 too much in my speech. After all, the audience spent 7,800 Dayang purchasing conference tickets. I emphatically talked about the form of Service Mesh and flexible services.

One of the more important points of Dubbo 3.0 is Proxyless Service Mesh. This concept is actually the beginning of gRPC, and it is also the focus of recent gRPC ecological promotion. Its advantages are lossless performance and easy microservice upgrades. However, gRPC's own multilingual ecology is very rich, and another reason why gRPC advocates this concept is a modest framework that emphasizes stability. Its performance is not very good. If you consider the form of Proxy Service Mesh, its performance is even more worrying.

The biggest disadvantage of the Dubbo ecosystem is that in addition to Java and Go, other multi-language capabilities are not very good. I personally feel that it is not a good idea to follow gRPC Handan to learn to completely block other language capabilities. The Dubbo-go-pixiu project produced by the Dubbogo community solves the multilingual capabilities of the Dubbo ecosystem in two forms of gateway and sidecar, and unifies the north-south traffic and east-west traffic into Pixiu.

Regardless of the form of Service Mesh technology, its domestic development has passed the first wave of climax. After the two benchmarks of Ant Group and Bytedance, it has gone into a slack. It also needs to continue to evolve and be more closely related to it. The combination of business allows small and medium-sized manufacturers to see their business value, and it will usher in the second wave of follow-up. Service Mesh itself is particularly suitable for hybrid cloud or multi-cloud environments that help small and medium-sized manufacturers migrate services to on top of K8s. Most of these environments use a large number of open source software systems, which can help them get rid of the dependence of specific cloud vendors.

Dubbo 3.0's flexible service can basically be understood as back pressure technology. The reason why Dubbo and Dubbogo want to provide flexible services is that abnormal nodes are the norm in the cloud-native era, and accurate assessment of service capacity cannot be measured: 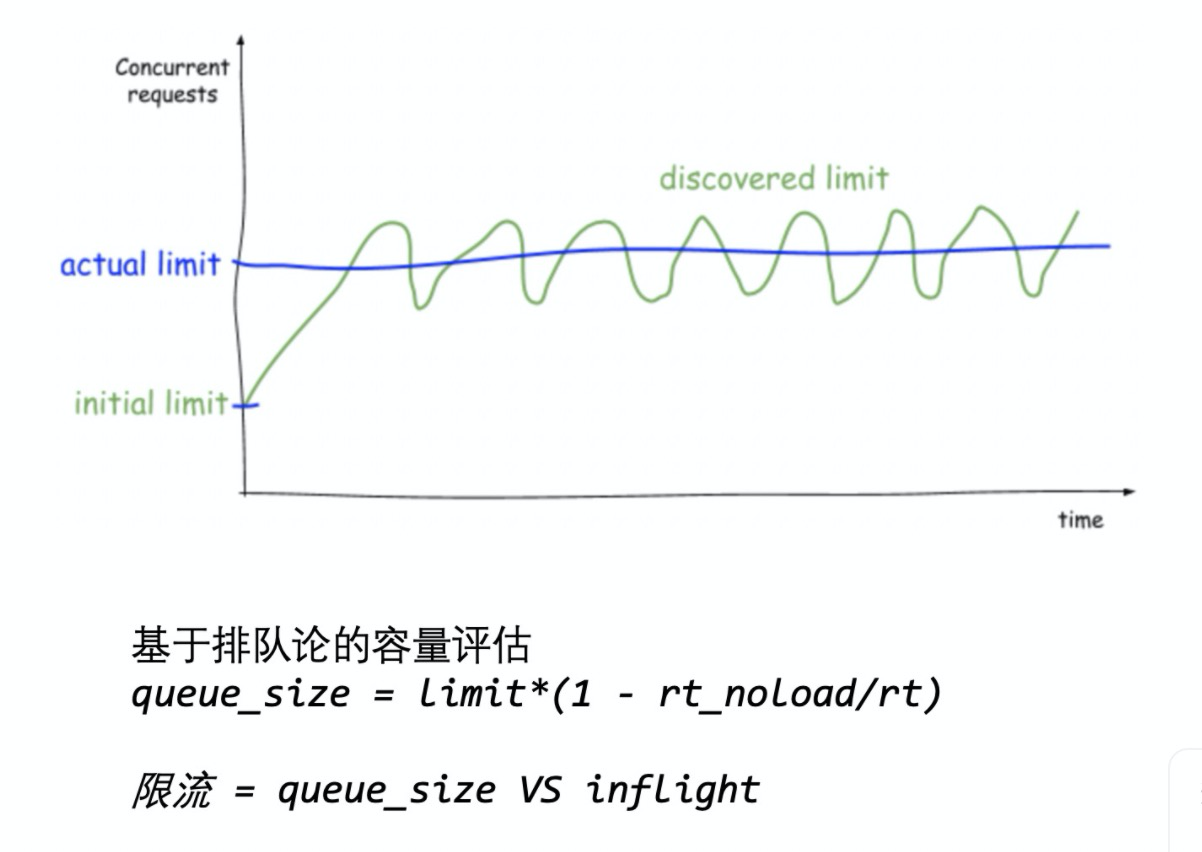 The basic idea of adaptive current limiting is an improvement based on the little's law of queuing theory: queue_size = limit * (1-rt_noload/rt), the meaning of each field is as follows:

Adaptive current limiting: The server calculates the queue_size at the method level and calculates the number of goroutines used by the current method. Inflight [assuming that each client request costs one goroutine]. The server receives a new request for a method each time Understand real-time calculation of queue_size. If inflight> queue_size, the current request is rejected, and the difference between queue_size-inflight is fed back to the client through the response package.

Adaptive load balancing: The client receives the load queue_size-inflight of a method returned by the server through a heartbeat packet or response, and a weight-based load balancing algorithm can be used for service invocation. Of course, in order to avoid the herd effect caused by a certain service node Instantaneous pressure can also provide P2C algorithm, and Dubbogo can implement it for users to choose.

The above overall content, the community is still discussing, not the final version.

From 2017 to the present, individuals have participated in more than a dozen domestic technical conferences of various levels, both large and small, as both a producer and a lecturer. The speech level is not high, but the basic time control ability is okay, so I can't pull the field. This time I hosted the cloud native session of GIAC. The audience's rating for this session was 9.65 [horizontal ratings for all sessions], and the overall performance was acceptable. 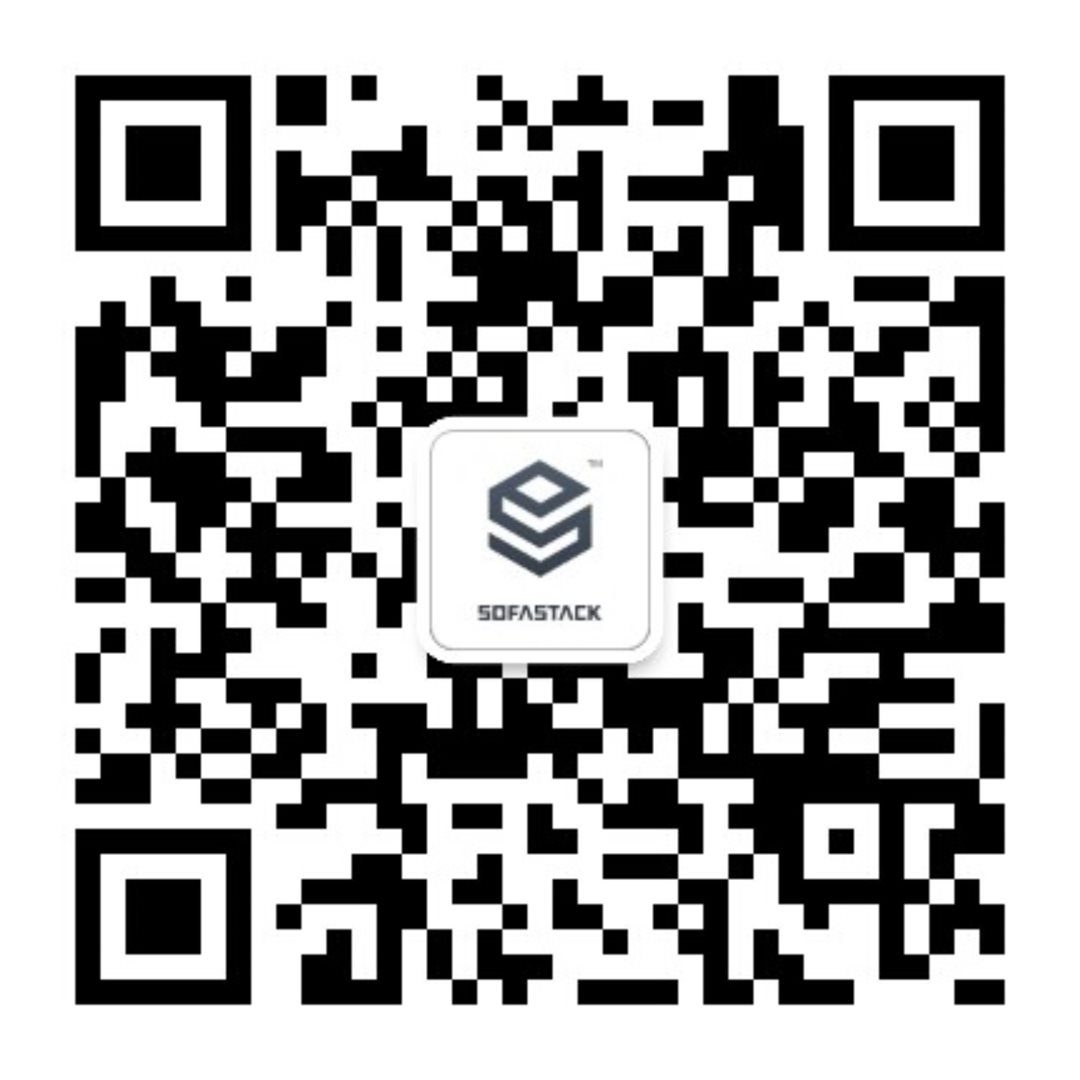