This month, nginx increased the number of individual domains driven by web servers by 741,000, and the number of network-oriented computers increased by 81,000, maintaining a leading market share of 30.1% and 37.3%, respectively.

In addition, the total number of network-oriented computers running LiteSpeed ​​has also increased significantly, reaching 101,000 (+12.5%), although the domain name has only increased by 1.44%. These numbers include websites running on the LiteSpeed ​​web server and its open source variant OpenLiteSpeed, both of which display the same "LiteSpeed" server logo.

Both Nginx and Apache lost nearly 4 million hostnames, which caused their website market share to drop to 34.7% and 24.4%. At the same time, Cloudflare acquired 1.15 million websites, bringing its total to 58.6 million (+2.00%), and increasing its website share to 4.99%.

following is the detailed report data​: 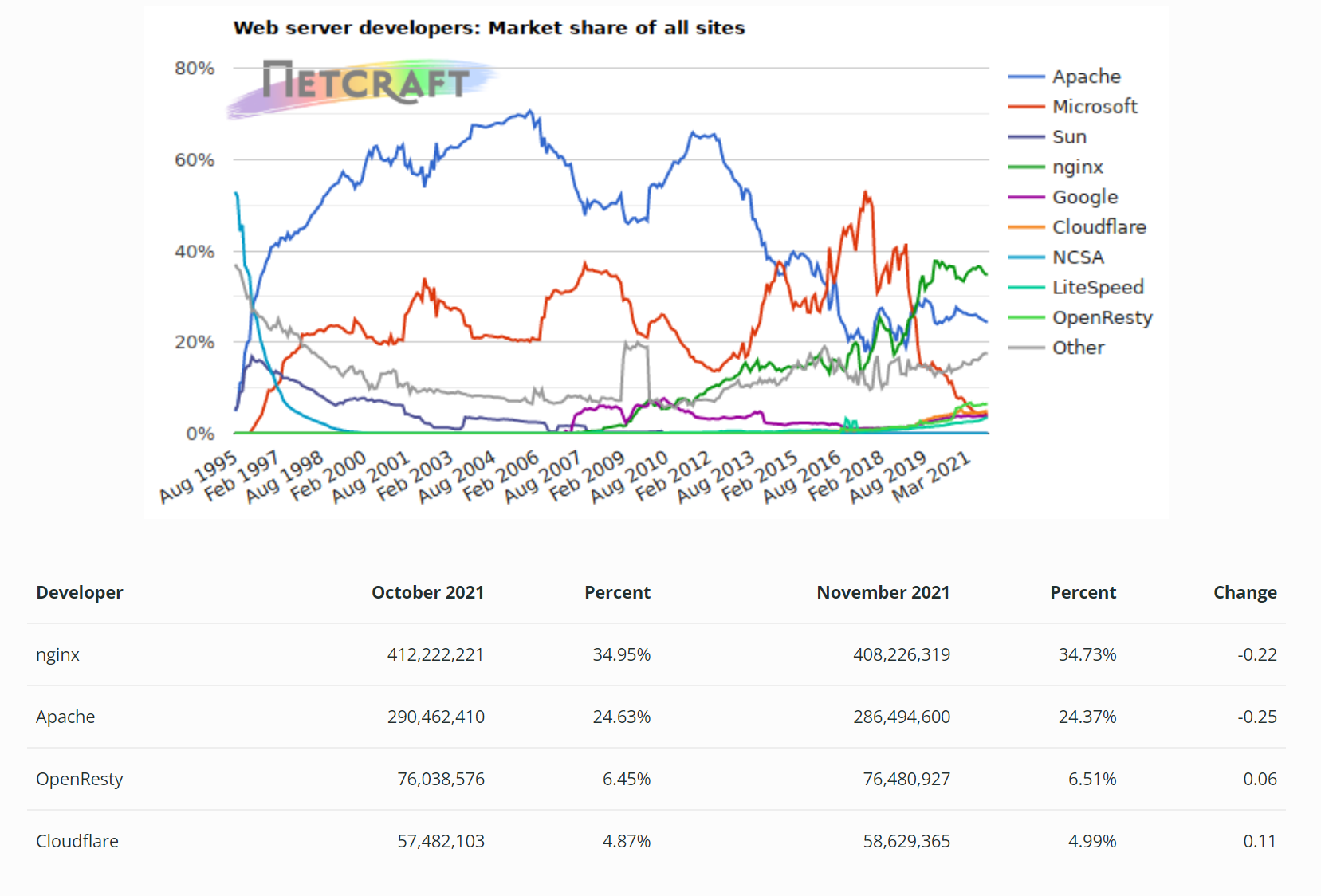 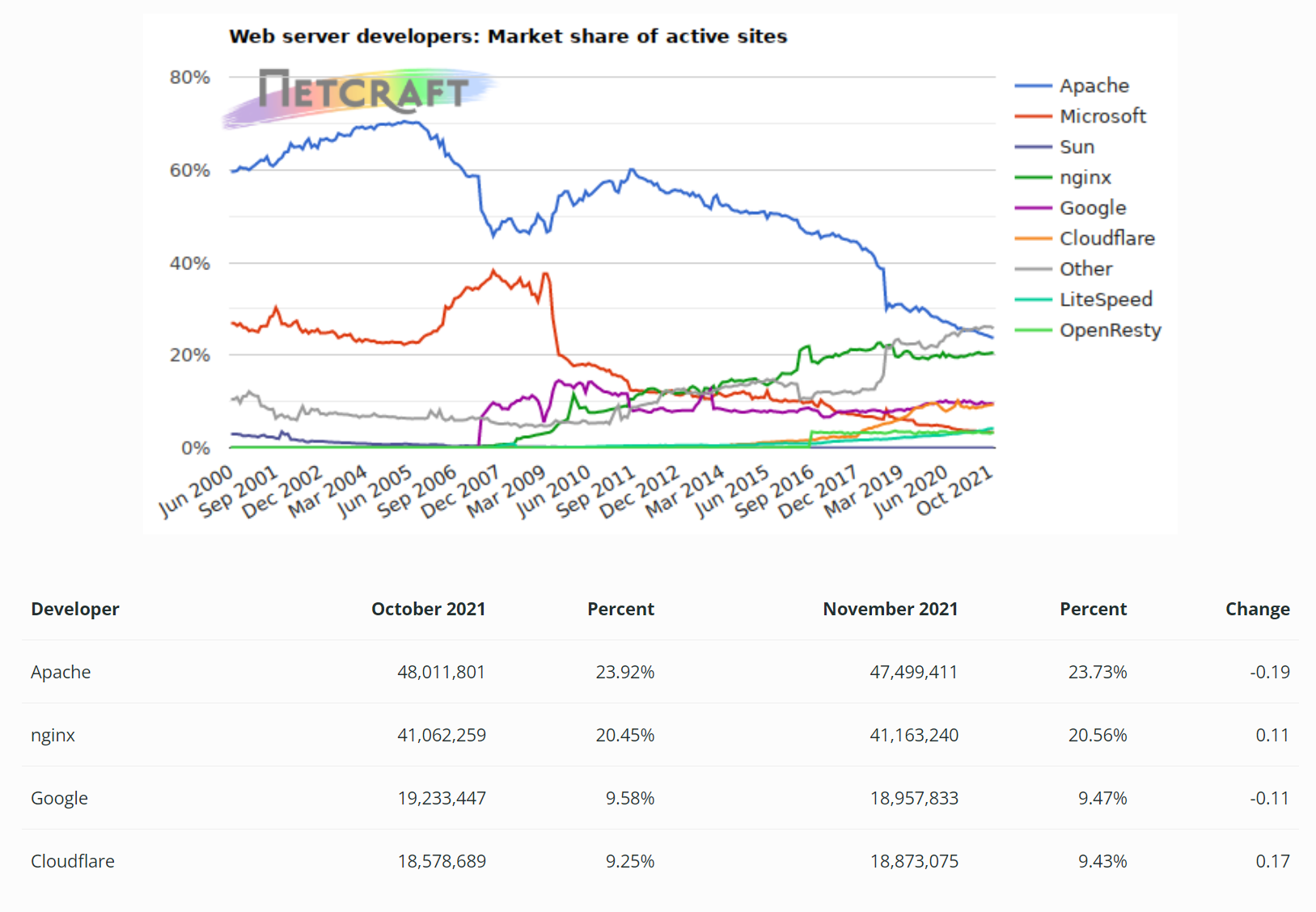 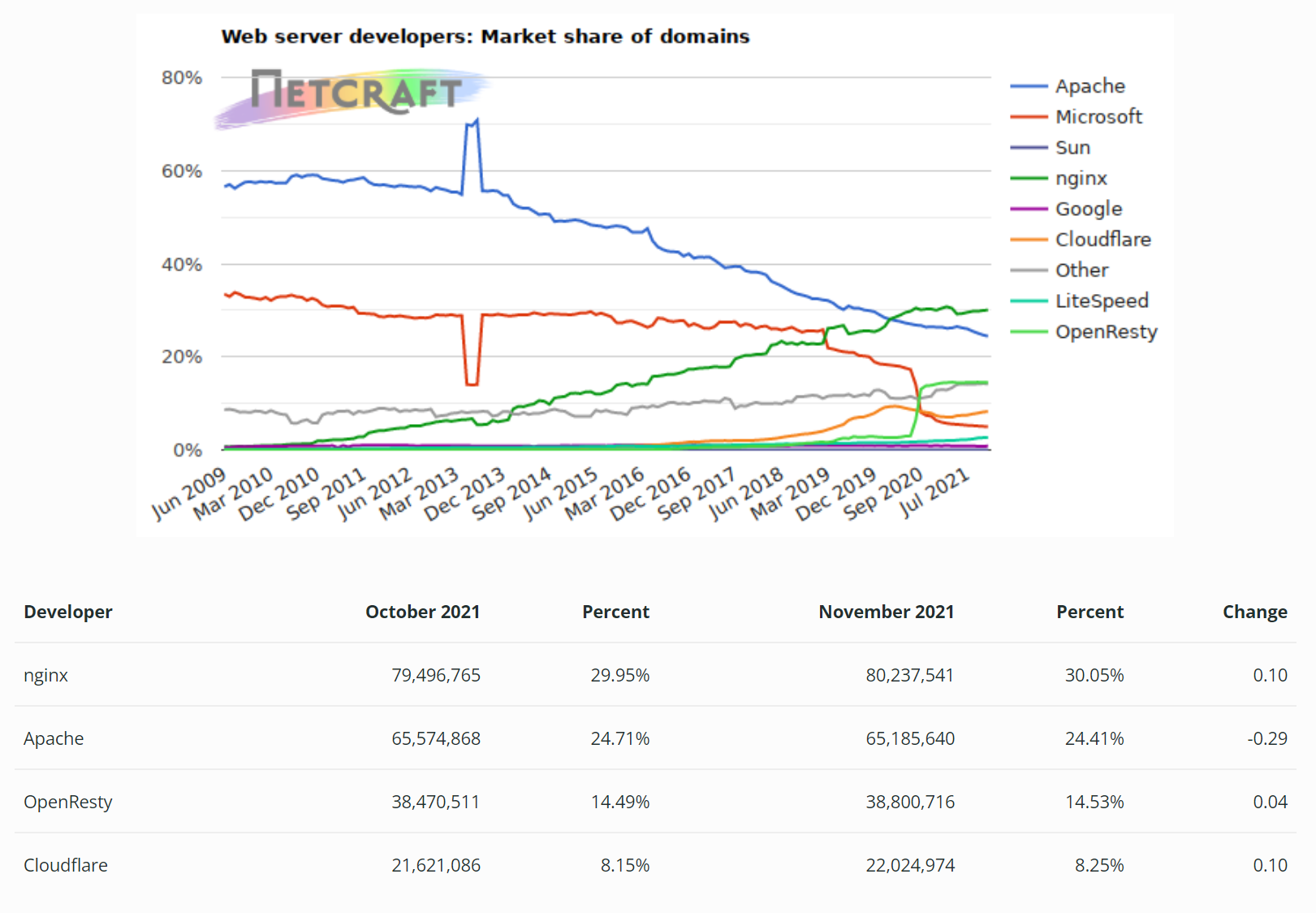