In the novel, the cultivation base that is only one step away from the peak is often referred to as the "half-step peak".

In 1946, the world's first general-purpose electronic digital computer "ENIAC" (ENIAC) was successfully developed in the United States, and the eternity of computing broke through an electronic light.

60 years later, in 2006, the first cloud computing service Amazon S3 appeared, which made global IT manufacturers suddenly realize that "IOE" is not the pinnacle of IT, and there is a higher realm beyond this.

Serveless, the pinnacle of cloud computing

The concept of cloud computing can be traced back to a "Utility Computing" concept proposed by Turing Award winner John McCarthy in 1961 at the centennial celebration of the Massachusetts Institute of Technology, predicting that computers will become the same public resources as water, electricity and gas. , used by everyone.

In 2006, when Amazon first sold its elastic computing power as a cloud service, it marked the birth of a new business model of cloud computing.

The cloud computing that we are accustomed to now actually still revolves around the server, but the server is not local. In fact, like the currently commonly used underlying cloud services, the use of an instance is not much different from a physical server, which improves the difficulty of operation and maintenance and improves the utilization of physical hardware, but it is not so exaggerated.

As a result, a truly serverless idea - Serverless came into being. The literal translation of Serverless is "serverless", but it doesn't mean that there is no need for servers, it just means that developers don't need to pay attention to servers anymore.

Serverless can achieve automatic scaling and true billing by usage, and developers only need to focus on the code. In short, save trouble, easy to use, and high efficiency!

From physical machines to virtual machines, to cloud computing and containers, the future is serverless, which is also considered by many to be the inevitable path for IT development. Is this the highest mountain in the world? Or is there another place higher than the sky? Will there be a new realm after Serverless?

WeChat Cloud Hosting: A Half

In 2017, He Shiyou was still the CTO of a technology media. That year, the WeChat applet was released, and the industry quickly reached a consensus that the appearance of the applet will give birth to the emergence of low-threshold cloud services.

Facts have proved that demand and trends exist objectively. From the end of 2017 to 2018, the number of developers of this service was close to 100,000.

"After you do this thing, you will really see how promising it is, but to realize serverless infrastructure and do serverless well, you need more resources." He Shiyou said.

There is a question: Everyone knows that serverless is good, but small companies were not capable of doing it well at that time, so why did large companies not make serverless mainstream?

The core reason for this is migration costs.

Serverless is an emerging technology after all. As mentioned above, mainstream cloud computing still revolves around servers. Serverless has changed the old model. Although the threshold becomes lower for new projects and the efficiency is improved, the cost of migrating old projects to the past is high. also increased.

Just as it took Amazon many years to migrate the database from Oracle to its own cloud, many enterprises are now stumbling on the cloud, let alone the more cutting-edge Serverless.

"You expect them to dismantle the project and change it to cloud function deployment. You can't do it. You have to educate the market, and users have to learn a new development paradigm to do the project. This progress is not as good as the previous wave of cloud."

If this problem is not solved, the cost of migration will be reduced, and the promotion of Serverless will be difficult.

To this end, Tencent Cloud and the WeChat team worked together to launch the "WeChat Cloud Hosting" project, an attempt to directly provide users with a serverless user experience.

Tencent Cloud has already had a layout in the domestic cloud function track. After WeChat released a small program in 2017, it gave birth to a low-threshold back-end cloud service. After that, the WeChat team launched WeChat cloud development, and this product is a combination of cloud functions and cloud databases and cloud services. Cloud basic capabilities such as storage are a typical form of FaaS+BaaS.

For developers and enterprises, this is a cloud-integrated development kit, which can quickly launch projects. The current number of developers exceeds 2 million, but the cost of transferring old projects to cloud functions is still relatively high; on the other hand, small programs It is a typical web scenario, which requires low response delay and high concurrency of backend services. However, the current cold start delay of cloud functions is about 100 milliseconds, which barely meets the standard.

"In order to solve these two problems, we must continue to invest resources in cloud function technology to make it better. But on the other hand, business does not wait for anyone, and there are still many small programs that need back-end services to support , as an enterprise, we cannot wait until the technology is mature to use it.”

In the end, WeChat cloud hosting has become a compromise solution. The particularity of this product is that it is deeply bound to WeChat and is highly integrated with WeChat's infrastructure.

He Shiyou commented that this is half a step forward on the basis of cloud functions.

At the end of 2020, WeChat cloud hosting was officially established.

He Shiyou, who not only understands the WeChat ecosystem and has a deep understanding of serverless technology, also came to Tencent Cloud; in August 2021, WeChat cloud hosting will be officially tested. For WeChat cloud hosting, Tencent Cloud defines it as "Serverless landing practice that better meets the needs of the domestic market" and "the best back-end cloud services combined with WeChat".

WeChat cloud hosting basically meets all the requirements of serverless, such as no server, automatic elastic expansion and contraction, pay-as-you-go, etc., and basically realizes free operation and maintenance and free migration costs.

At the same time, in the WeChat ecosystem, cloud hosting is also enough to "play".

Because it provides all the resources and infrastructure required for the development of small programs and official accounts, the products are out-of-the-box, and thanks to container technology, the backend can be deployed in cloud hosting without any language framework, Spring Boot/ThinkPHP/ Applications such as Express can also be seamlessly migrated with zero modification, and the Tencent Cloud team and the WeChat team jointly ensure security. 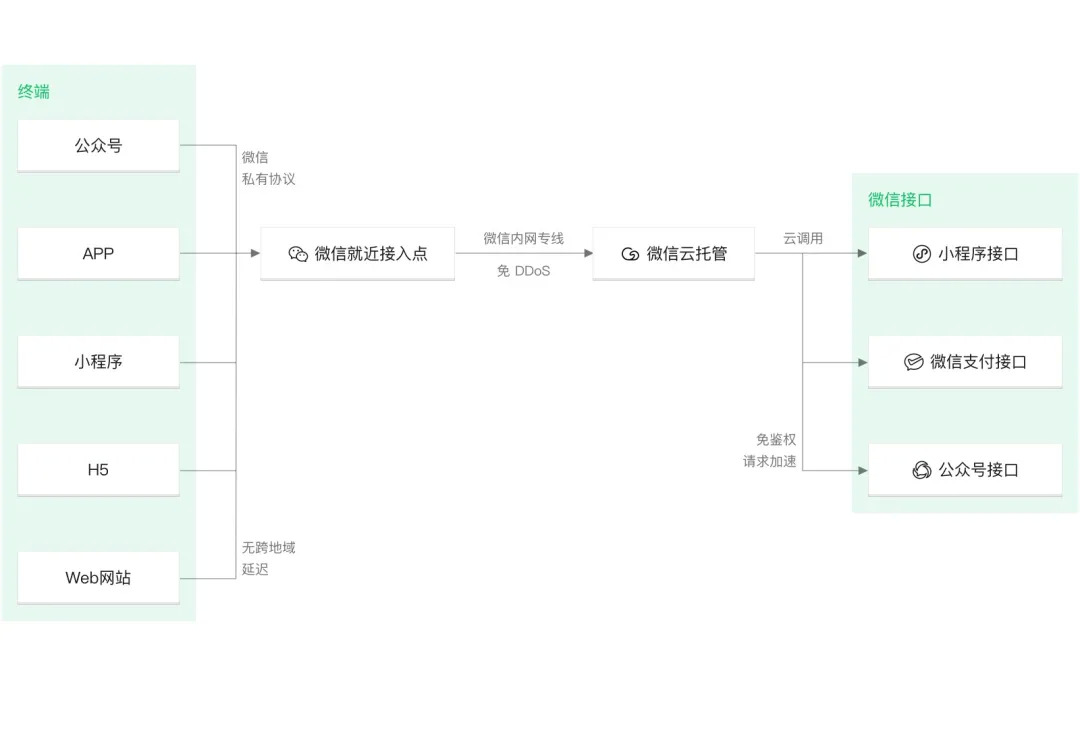 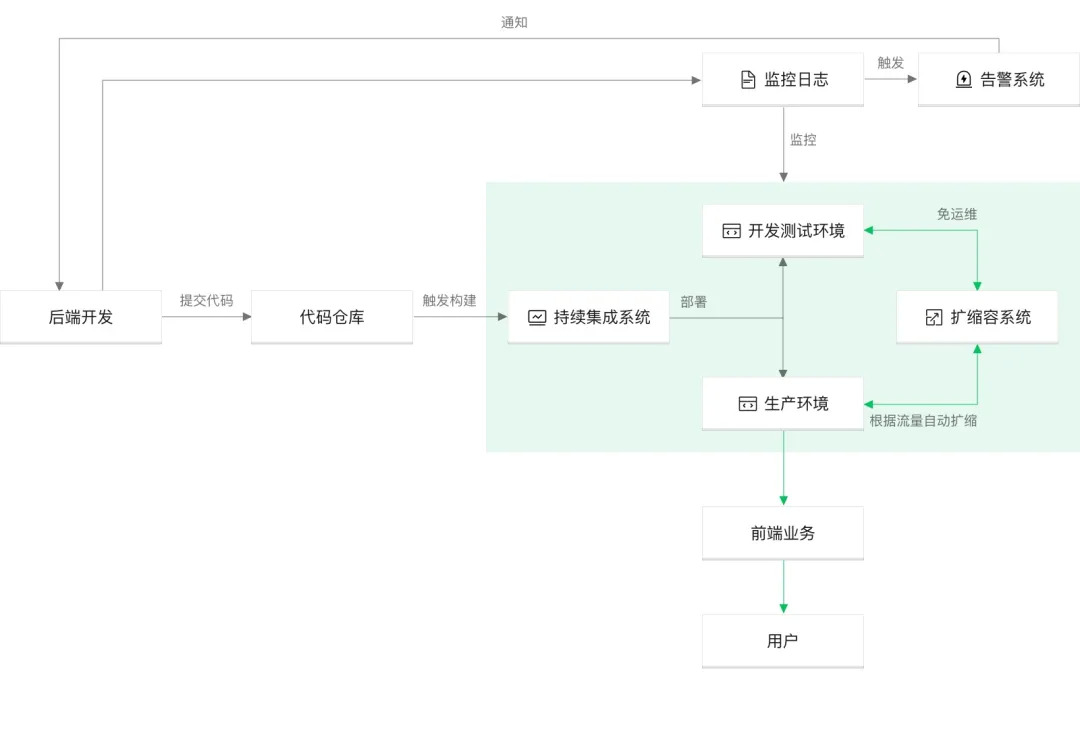 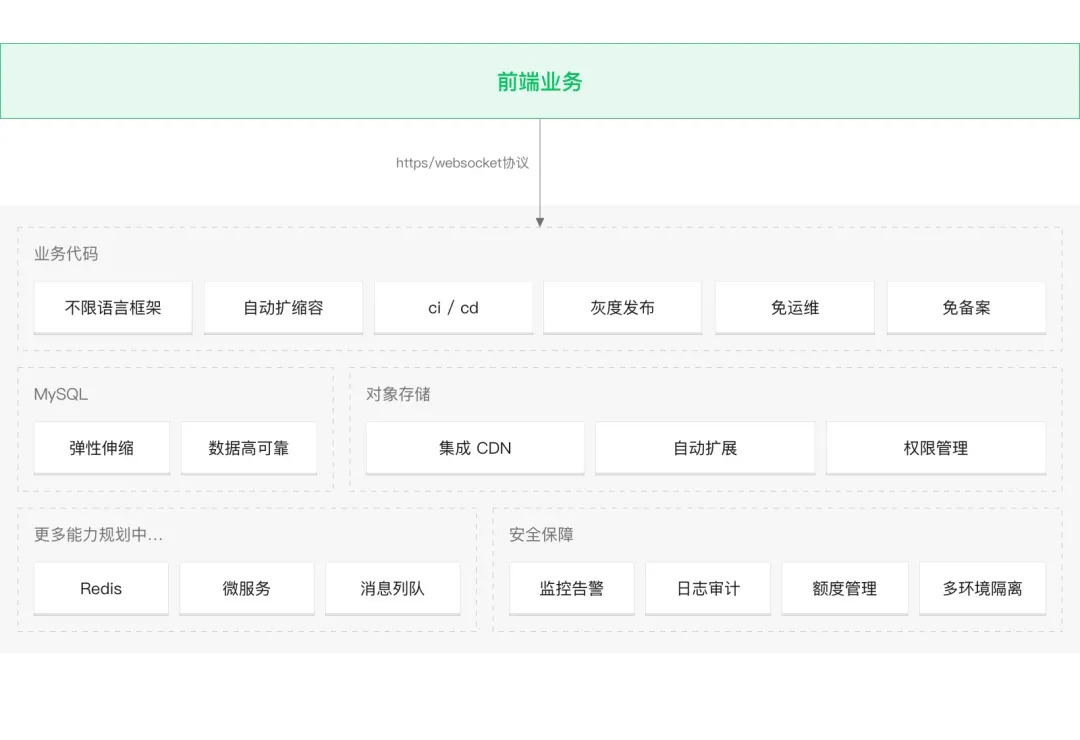 "Cloud hosting is mainly to solve the problem of migration cost. Many enterprise projects have their own set of development theories, which are cost pressures. You can't expect users to learn another language immediately. Cloud hosting solves the migration cost and can Let these developers quickly complete the launch of business code on the cloud hosting platform."

In addition, cloud-hosted serverless instances can be set to reside permanently without being destroyed, eliminating the delay caused by cold start. It has been less than four months since it was launched. According to statistics, cloud-hosted Serverless can improve the efficiency of project iteration by 45%. 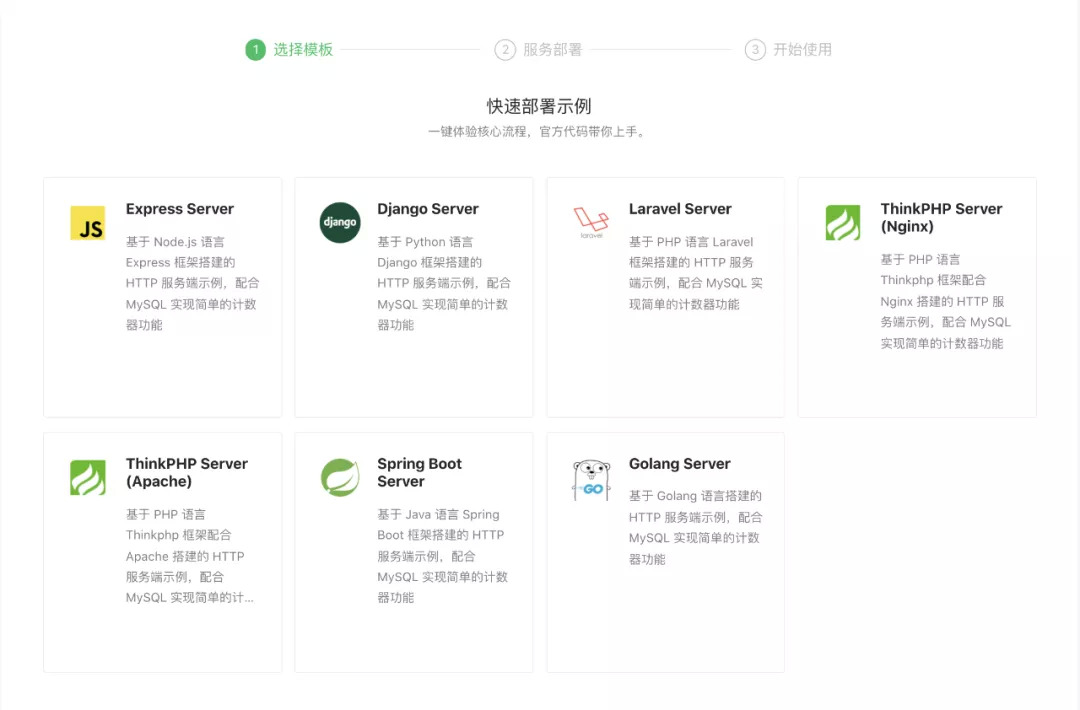 Chaoban, a startup company specializing in two-dimensional IP derivatives, has only one front-end engineer at the beginning of the business. If he is responsible for writing small program codes and building servers from scratch, he must also take into account the development and operation of the front and back ends. Reluctantly starting, it is difficult to maintain, and Tencent Cloud's serverless series of products - cloud development, cloud hosting and micro-build low-code, make it feasible for a front-end engineer to complete product development independently.

The suggestion for choosing WeChat mini-programs as a carrier for building a platform came from the company's CTO, Shen Zeming. The reason is first of all that mini-programs have rich scalability, the unique openness of the WeChat ecosystem and sufficient traffic, which are suitable for the development of innovative models and the rapid growth of users. On the other hand, building small programs is much faster than developing apps and requires less development resources.

In 2021, the annual revenue of Chaoban Technology will exceed 100 million yuan. At the same time, the single service cost of its two small programs does not exceed 1,500 yuan, and the monthly turnover has not exceeded one million. The service costs less than 70 yuan. On Double Eleven in 2020, the single-day sales of Chaoban Technology's "Ichiban Rewards ONLINE" exceeded 2 million, but the performance of the applet was stable and smooth, and the server cost on that day was only 10 yuan more.

"If a traditional cloud server is used, the same service volume will cost at least tens of thousands of yuan per month." Tao Ran, founder of Chaoban Technology, said, "The server cost may be a drizzle for large enterprises, but for start-ups, it is really good. A lot of money."

It is also a start-up enterprise with strong momentum. Guangzhou Xiaofan, which comes from the traditional industry of frozen food business, has achieved rapid sales growth from 0 to 10 million within half a year. Xiaofan also chose to use WeChat cloud hosting to host the company's B2B ordering mall and assistant applet. After spending a few hours migrating to cloud hosting, Xiaofan's business request success rate increased from 99.24% to 99.94%, eliminating the need for high defense and so on. A lot of security and O&M costs.

A head e-commerce applet, based on the cloud-hosted WeChat private link, WeChat gateway and other capabilities, reduces the background request failure rate by 70%, and at the same time avoids the request being exposed to the public network, so there is no need to worry about the price and other core data being crawled.

For serverless, a new peak in the IT field, cloud vendors represented by Tencent Cloud are following different paths and working hard. See you at the top of the mountain.